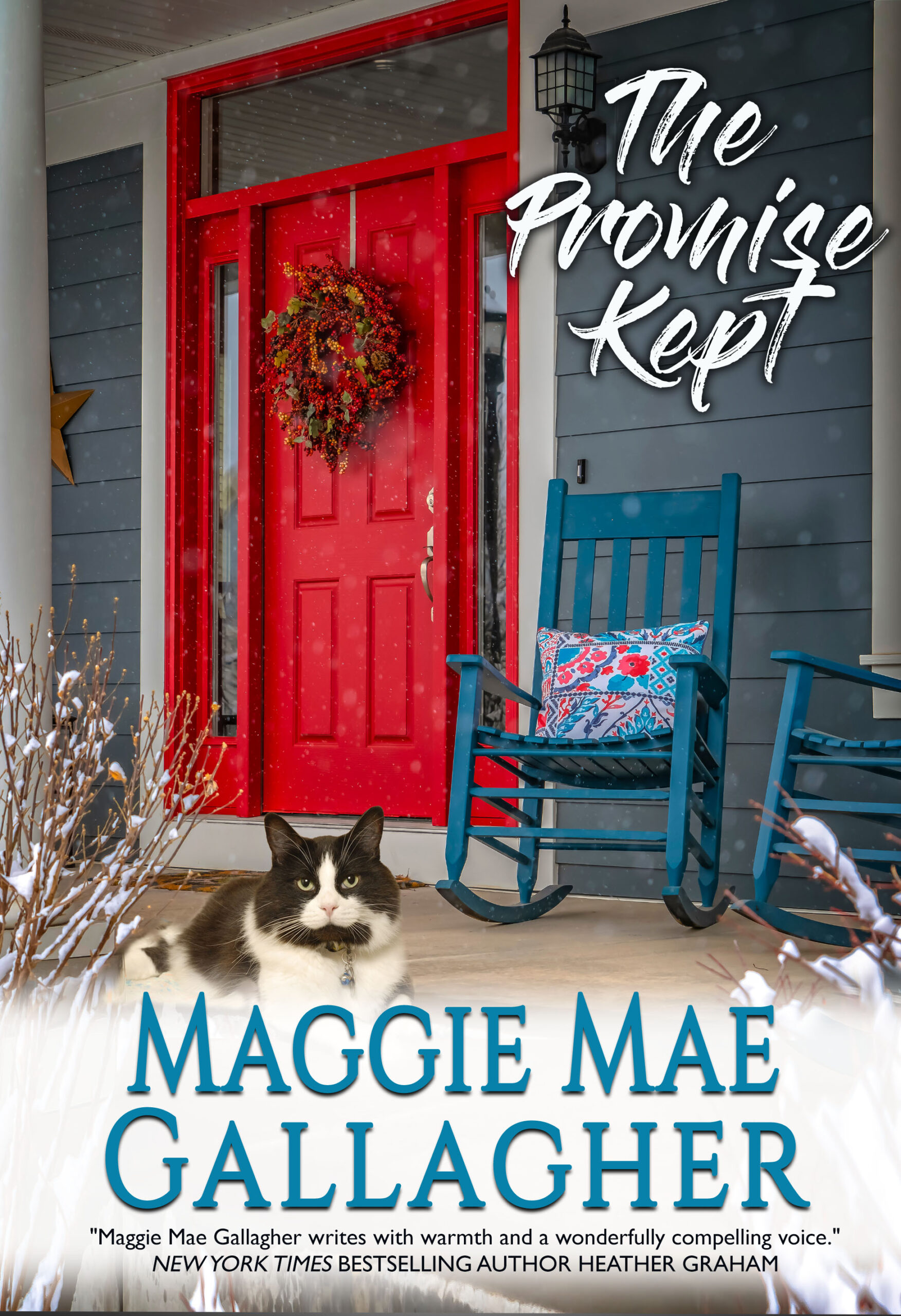 Cybil Roe gave her heart away thirteen years ago only to have it wind up shattered. With painstaking determination, she has rebuilt her life into something to be proud of today. Yet all her future plans are upended when the only man she has ever loved returns to Echo Springs. Nor does it help that he seems bound and determined to draw her back into his life. Cybil vows to stay away from him, no matter what seeing him all the time does to her resolve.

Miles Keaton wiped the dust of his hometown off his shoes years ago, never expecting that life would lead him back to the place where he had begun. Coming home to Echo Springs, to Cybil, to start a new law practice and a new life is a risk he never thought he’d take. She hates him – with good reason. Years ago, he walked away when she needed him the most. But now is he back, and intends to argue the case of his life, one more important than any he has debated in a courtroom, because she is the one woman he cannot live without.

Can Miles convince Cybil to take a second chance on him, or will a secret she has kept all these years destroy any future they might have?

At five until seven, Alex texted her that he was outside the building. Cybil headed down the wooden stairs that tended to creak in spots. At least the lighting in the stairwell was decent, glowing off the muted tan walls to create a warm atmosphere. When she strode across the small building lobby that was really nothing more than an oversized foyer and opened the door, she noticed that the lights in Mr. Biddle’s office were on already. The old codger did like to get an early start.

She pushed open the front glass and wood door to permit entry to her client. Admittedly, Alex was an attractive man in his black workout gear. His naturally wavy blond hair was meticulously trimmed, his angular jaw clean shaven, his cheekbones sharply pronounced, and he had a mocha gaze that always seemed set to smolder anytime he glanced in her direction. She just wished his smolder, along with his six-foot lean build, did something for her girly bits, but it didn’t. Maybe it was because she knew him well and thought he had the personality of a turnip. Not to mention there was an undercurrent of menace she sensed that he tried to hide behind a polished sheen that she didn’t trust. She kept her grimace to herself and said, “Alex, come on in.”

“Cybil. You look refreshed this morning,” Alex said, telling her with his gaze that he appreciated her, the way a man did a woman he found attractive: his gaze roving over her body, warming over the sweet spots like he was a lion envisioning sinking his teeth into a gazelle.

A part of her wished she could feel something for him, anything really, other than mild annoyance.

Before she could reply, Clark Biddle shuffled out of his office, wearing gray tweed slacks with a matching suit jacket, a bright canary yellow dress shirt, and a multicolored plaid bow tie to complete his ensemble. For a man in his eighties, he was rather spry and moved with efficiency.

“Cybil, I’m glad I caught you. If I could have you come into my office for a few minutes so I can introduce you to your new landlord?” Clark’s voice boomed and echoed in the stairwell.

“I have a personal training session. Can it wait?” she asked, indicating Alex with a slight nod as he crowded her. Really, the man needed to learn about personal space.

“It shouldn’t take more than a minute,” Clark said, his bushy, stark-white eyebrows raised. The tufts of his matching white hair were in wild disarray and windblown. Clark’s hair, for all his styling clothing wise, always looked like he’d stuck his finger in an electrical socket and was just too busy to care about taming what was left on his balding dome.

With a sigh of defeat, because she knew Clark well enough that he wouldn’t let up until she capitulated, she turned to Alex. “Would you mind going on up and getting yourself warmed up on either the treadmill or elliptical? I’ll be right up.”

“Sure thing, as long as you don’t forget about me,” Alex teased in an attempt to flirt with her.

Her annoyance at his insistent innuendos climbed, but instead of showing it, she pasted a bland smile on her face and said, “I won’t. I’ll be up shortly.”

Alex gave her what she was sure to his mind was a sexy half grin and a swaggering tilt of his head intended to make her swoon. Too bad it made her want to roll her eyes and ask if that move had worked for him in the past. As Alex ascended the stairs, Clark steered her into his office. The man without fail smelled of peppermint and Old Spice aftershave.

“Now, as I mentioned last week,” Clark said, “the terms of your lease will stand for the full twelve months. Then you will have to negotiate a new lease with your new landlord.”

Cybil replied, “Thank you, I appreciate that. I—”

Oh, sweet biscuits and gravy, no!

Not him. Anyone but him. She’d take the devil himself in exchange. Give her Beelzebub, give her Hades, give her the Hells Angels biker gang, all of them, over the man sitting so casually in Clark’s office like he owned the place—which from all indications, he now did.

“Cybil. Good to see you. From what I understand from Clark, you’re one of my new tenants,” Miles Keaton said in his deep baritone voice as he rose from his seat when she entered the office.

“No,” was all she could say. He couldn’t be her new landlord. Surely she was still in bed and having a nightmare. That was all. She would wake the moment her alarm rang. Any minute now.

Miles raised a golden brow in her direction. His turquoise eyes, the ones that had haunted her dreams for thirteen years, regarded her coolly, with indifference.

It would have been far better if he had gotten fat or gone bald over the last thirteen years, losing some of the tousled golden hair that always looked like he’d run his long, sturdy fingers through it a hundred times. But if anything, he was like a fine wine or scotch, where he’d only gotten better, more potently gorgeous and alpha with age. The handsome, strong lines of his face had matured, and there were crinkled lines at the corners of his enigmatic eyes that glimmered with intelligence. He hadn’t shaved today, and there was a hint of darker golden stubble gracing his square jaw, framing a pair of the most kissable lips she’d ever seen and tasted on a man. His six-foot-two, broad-shouldered frame, which had always been solid, had thickened and filled out with muscle. He wore a pair of tailored black slacks that rode low on his lean hips and a crisp salmon dress shirt, unbuttoned at his neck, that should have looked girly, but which made Miles appear even more dominant and alpha, if that were possible.

The man had always been a walking wet dream. And dammit, but her girly bits awoke like a princess awakening from true love’s kiss, and were throwing an excited rave at his presence.

Other Books in Echo Springs Series